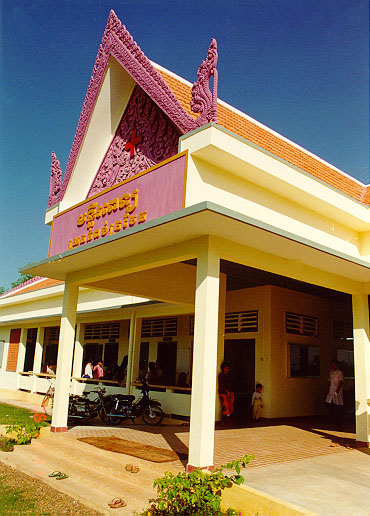 After 20 years of a devastating war in Cambodia, everything must be started over from the beginning: infrastructure, school and health care facilities, etc. People's mentality must be changed as well (knowledge and new ideas, creativity). The needs are both many and great, but assistance is only effective if it is accompanied by social and educational development. 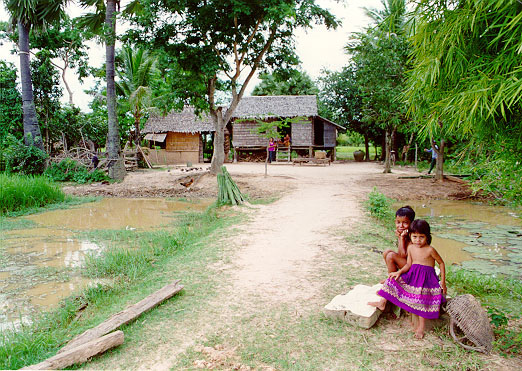 Pursuant to the directives of the Ministry of Health, we feel that Kampong Trabek must have a health care center up to contemporary standards. The center has been designated as "Referral Hospital".

The center is under the juridiction of Cambodian Ministry of Health, with management supervision provided by the Prey Veng Provincial Health Direction. The Ministry looks after staff assignments and provide some basic medication, etc. although we fully realize that they, too, are confronted with financial constraints.

We established contact with NGOs and other international organizations to request their assistance (training personel, drugs, equipment, etc.) We are also being helped by private donors whose participation is very previous to us.

Any form of support for this public health program would be greatly appreciated.

Any volonteer interested in helping perform surgical operations in our hospital is most welcome. The following domains are in dire needs of help :

If you would like to visit the Referral Hospital, or to consider making a contribution, please contact Venerable Yos Hut Khemacaro at Wat Langka, Phnom Penh, or see our contacts in France.